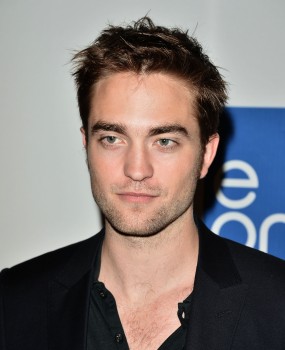 Toronto.com CANNES, FRANCE—Robert Pattinson swears he can tell how people are enjoying his movies by how many coughs he hears from the audience.

He employed this unique gauge at the May 25 Cannes Film Festival world premiere of Cosmopolis, his new movie directed by David Cronenberg.

He seems awfully nervous for one so successful. He’s the lead star of the Twilight franchise, playing moody vampire Edward Cullen, a role that has made him famous and rich. Pattinson also had a small role in another big film, Harry Potter and the Goblet of Fire.

He’s neither new at this game nor naïve. Could he really suffer from self-doubt? “Oh, completely,” he says, sucking on a lollipop for sustenance.“I want that the whole time. Even for this screening. I was pissed off about everything, completely worried, incredibly stressful thing. But my manager was like, ‘You’re not happy at all?’ No, no, people are all coughing! They’re coughing because they’re bored!

“It’s f---ing crazy. Coughing! It’s all I can think about. But I like that. You’ve got to burn. As soon as you start thinking you’re good, you’re s--t. So yeah, it’s an annoying way to live, but yeah.”

He’s equally candid about his doubts whether to accept the lead role of Eric Packer, the 28-year-old billionaire in Cosmopolis who goes off the reservation for a day-long Manhattan odyssey in a white stretch limo.

“It seems complicated on the page (Don DeLillo’s book and Cronenberg’s screenplay), and I thought making the decision whether to do it or not seemed like the only difficult part of it.

So here Pattinson is at the Cannes Film Festival, holding court with ink-stained wretches, and actually seeming to enjoy himself while doing so. Maybe it’s because no one is coughing.

It helps that his Twilight co-star Kristen Stewart, his vampire love on-screen and real one off-screen, was also in Cannes, presenting her own new film, On the Road. The two walked the red carpet together.

Pattinson hasn’t always been this wound up. He got that way after Twilight launched millions of teen sighs — and shivers.

“Yeah, because no one cared before (Twilight). It’s easier now to sell things to people, but afterwards, it’s weird. If everyone thinks something is good, you’re the one who thinks it’s s--t. If everyone is saying it’s bad, you’re like, ‘That’s the only time you think it’s good. You’re the only one that thinks it.’”

These feelings were intensified for him at Cannes, because Cosmopolis was competing for the Palme d’Or, the fest’s top prize (it didn’t win).

“Normally you wait for reviews or whatever, but when you’re presenting it to a (potentially) hostile audience, it’s crazy. Not knowing the whole time whether or not people will boo . . . and you have to sit there. I was talking to David before the screening, asking him, ‘Instead of an ovation, could they do a 20-minute booing thing?’”

Cronenberg calmed him down. But the director obviously picked the right man to play Eric Packer, who doesn’t seem to know how to relax. He’s constantly in full fidget, even while sitting stock still in his limo.

Pattinson realizes this, and it’s why he liked the role. “There’s a constant energy there. You want chaos to happen. He doesn’t know the answers. It’s like a really young adolescent thing: There has to be something else! The longer you hold on to that, it gets crazier and crazier. Sometimes craziness is a good thing.”

Except when people are coughing.