Kristen's Interview with the West Australian/YahooAU 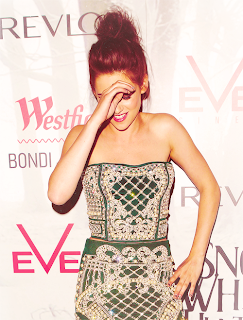 Kristen Stewart may have just been named the highest paid actress in Hollywood - but it appears the Twilight star was the last to know. Stewart, who is in Australia promoting Snow White and the Huntsman, raked in $US34.5 million ($34.2 million) in the past year, helped by her new movie, in which she co-stars with Australian actor Chris Hemsworth.