@justine_marie my friend asked if we could take a picture, he said yes and shook our hands and said nice to meet u. he was very sweet! (:... randomly met robert pattinson last night. clearly he was thrilled to be in our presence.

Kristen Stewart in Balmain, MTV Awards 2011
Most actresses would run a mile from a red leather minidress covered in safety pins but, Tara says "Kristen is very willing to push boundaries."

On the Set: Death in the Throne Room

On the Set: First Battle

mindthegapsound spotted: robert pattison and kristen stewart at @thehotelcafe. btw, our show is at 11:30pm. come one, come all! #MTG #music #LA

StephStew1 At The Hotel Cafe right now. Johnny Flynn (Robs buddy) is up next.ROBERT PATTINSON just arrive at The Hotel Cafe!!!!! Kristen stewart is here too. With Robert at Hotel Cafe.

@lovehobogingers At Hotel Cafe....my body is read for johnny flynn. hi Rob and Kristen....yes since its out they are at the hotel cafe. ROB LEANING AGAINST THE WALL AND KRISTENS HAS HER BACK TO HIS CHEST.
More of her tweets under the cut.

sighting 6 Obviously not a fan.

Be sure to read a very believable PDA account after the CUT!


Read more after the cut!
um 11:00 AM No comments: Links zu diesem Post

From EOnline: Happy news! We just got word Kristen Stewart will be at the Kids' Choice Awards.

Kristen will be attending the Kid’s Choice Awards this Saturday March 31st. The show will air at 8pm ET |  1am BST | 2am CET on Nickeloden (Nick.com).

Video of the sitting arrangement at the Kids Choice Awards - Kristen mentioned at 2:38


Starring Robert Pattinson, Uma Thurman, Kristin Scott Thomas and Christina Ricci, the film tells the story of George Duroy (Pattinson), a young journalist who rose from poverty to become one of the most successful men in Paris via the ruthless and calculating bedding of the city's most glamorous and influential women.

"Snow White and the Huntsman" doesn't hit theaters until June 1, but we already have information about the film's soundtrack — and just who will be involved in it.
Namely, Florence and the Machine, who will channel all their ethereal, otherworldly magic into a brand-new song — called "Breath of Life" — for the "Huntsman" soundtrack. We've yet to hear "Breath," but thanks to the good folks at Universal, we know it's one of many songs featured on the soundtrack and comes backed by a full orchestra and choir.
At press time, there's still no info on who else will join Florence Welch on the soundtrack or when it will be released, but Flo definitely seems like a natural fit for the film, which stars Kristen Stewart as the titular heroine, Charlize Theron as the Evil Queen and Chris Hemsworth as the other titular character, the Huntsman. Judging by an early trailer for the film, this most certainly isn't your mom's adaptation of Snow White. Instead, it gets plenty dark and features Snow in full battle mode, armor and all.


Late last year, Stewart praised the film and said she was having such a good time filming "Huntsman" that she was already open to making sequels. In particular, she loved punching Hemsworth in the kisser.
"It made such a sound, it was in a scene," Stewart recalled of the big moment. "Girls, if you've ever wondered if it works, it works. It literally spun him right around. I was supposed to miss him by this much. I basically knocked him right out of his close-up. It'll definitely be in the movie."


MTV Player after the cut.

Kristen Talks About Fifty Shades of Grey and Mentions Rob

Since fifty shades began as FF, you may wonder what Kristen Stewart has to say -"It's funny--I heard about it yesterday, Rob [Pattinson] and Wyck [Godfrey], our producer, were talking about it! I've heard its quite sexy-very titillating"

See more scans at the source - thanks to @joylove24 via @Alice_InTwiLand
um 7:00 AM No comments: Links zu diesem Post

“This put us out of our element together. I feel closer with my Mom, a camaraderie. I had alot of fun doing it. And if my sister can do it,then I thought I could do it.”

Thanks to @epnebelle for the scan | Via KstewAngel & TeamKristenSite
um 4:56 AM No comments: Links zu diesem Post

'Cosmopolis' in Best Movie Magazine - Quotes from Rob and Cronenberg 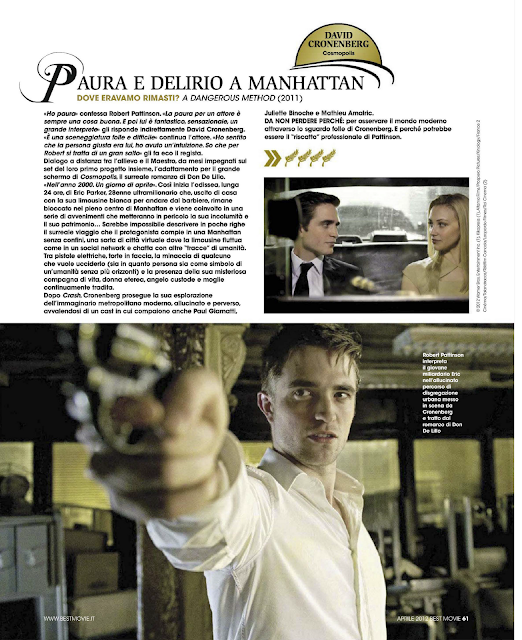 "I'm afraid," confesses Robert Pattinson.
"Fear for an actor is always a good thing. He's also a fantastic, stunning, a great performer" responds indirectly David Cronenberg. "The script was crazy and difficult," the actor continues. "When I heard that the person was him, I had an intuition. I know that Robert is a grand leap" echoes the director.
Distance dialogue between the student and teacher, working for months on the set of their first project together, for the big screen adaptation of Cosmopolis, the surreal novel by Don DeLillo.
"In the year 2000, one day in April" Thus begins the odyssey, a long 24 hours, Eric Parker, 28 year-old multimillionaire who left home with his white limousine to go to the barber, remains locked in the traffic of Manhattan and is involved in a series of events that jeopardize his safety and his heritage ... It would be impossible to describe in a few lines the surreal journey the protagonist takes in a Manhattan without frontiers, a sort of virtual town where the limo floats like a social network and chat with other "traces" of humanity. Between tasers, pie in the face, the threat of someone wanting to kill him (both as a person and as a symbol of humanity no longer in the horizon) and the presence of his mysterious life companion, ethereal woman, guardian angel and his wife constantly betrayed.

After Crash, Cronenberg continues his exploration of the imaginary modern metropolitan, hallucinated and perverse, using a cast which also includes Paul Giamatti, Juliette Binoche and Mathieu Amalric
WHY YOU SHOULDN'T MISS IT: To observe the modern world through Cronenberg's look. And it could be Pattinson's professional 'redemption'.

Thanks to @Kstewdevotee for the scan :)

io9: We’ve been calling this film “black fantasy…
Rupert Sanders: Have you? Like Shaft?
io9: This movie makes us think about Eighties fantasy flicks like Willow and Beastmaster, Labyrinth, Dark Crystal — did you revisit a lot of these films?
RS: I didn’t actually. I actually tried to, but I don’t know, they belong to a different era. I revisited Pre-Raphaelite paintings, Victorian fairy painters who had been locked up in mental institutions. I revisited the Grimm’s fairy tales and a lot of the other Hans Christian Andersen tales. And just tried to immerse myself in the real fairy tales. “Black fantasy” is very different from “black fairy tales.” Fantasy films are here and fairy tales are here. There’s definitely a very thin dividing line. But a fairy tale film is very different, to me, from a fantasy film.

"On The Road" and "Cosmopolis" to Premiere at Cannes Film Festival

THR Kristen Stewart and Robert Pattinson have a date on the French Riviera.
The official lineup of films selected for the 65th Cannes Film Festival won't be revealed until April 19, but the Twilight stars can book their flights because both have movies debuting at the fest, which kicks off May 16. Stewart's invite comes courtesy of On the Road, director Walter Salles' adaptation of the 1957 Jack Kerouac novel that defined the Beat generation, while Pattinson stars in David Cronenberg's Cosmopolis, the screen version ofDon DeLillo's novel about a fateful day in the life of a wealthy financier.


"BTW the article @THR does NOT list Kristen Stewart's #OnTheRoad & Rob Pattinson's #Cosmopolis as possibilities, but as definites for #Cannes. It has NOT been "officially" announced yet but that's what we call 'Gregg Kilday @THR knows something'. I'd say the speculation can stop at this point..."
"Yes. Just not officially announced yet. RT @Robsteners: so it's for 100 percent sure? :)"

Email ThisBlogThis!Share to TwitterShare to FacebookShare to Pinterest
Labels: Cannes, Cosmopolis, On The Road

More stills after the jump

Edward & Bella ~ I know what you are

Check out more of her vids on her channel!

BD Part 2 is released on Nov. 22nd in the German speaking countries of Europe.

Thanks to kstewartnews
Read more after the cut!
um 4:40 AM No comments: Links zu diesem Post


Over 30 new outtakes after the jump

Read more after the cut!
um 1:31 AM No comments: Links zu diesem Post


HQ stills after the jump

Read more after the cut!
um 1:30 AM No comments: Links zu diesem Post 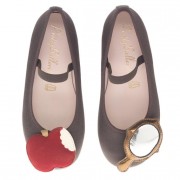 Read more after the cut!
um 1:29 AM No comments: Links zu diesem Post

New Pics of Kristen and Rob in LA Yesterday (March 26)

More pictures after the jump

Lily Collins Talks About Her Friendship with Kristen

Have you talked to Kristen Stewart about her Snow White, and is there any competition between you two?
It's funny, we've actually laughed about the fact that we're apparently rivals -- because we're so not.

So you're friends?
Yeah. She's so cool, and I'm very excited for the other film. It could not be more different. They're polar opposites. I think the advertising campaigns prove to everyone how different they are: everything from the tone to the rating to the costumes; everything. She and I, we're very, very different characters and we just have laughed about it. I'm happy for her, she's happy for me. I think there's definitely room for both. 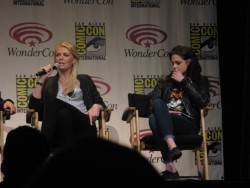 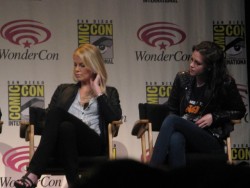 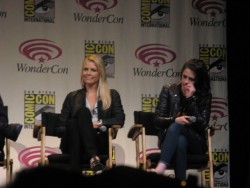 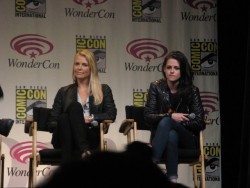