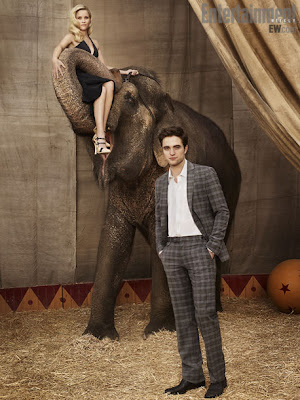 Josh Benson: Can you explain Robert Pattinson to me, please?
Sara Vilkomerson: Oh well gee, where to begin! I guess we should start with Twilight. Are you familiar with it?
Josh: How about let’s assume I’m not totally up to speed on it. Just for the sake of this exercise, you understand.
Sara: Mmmhmmm, sure.
In my humble opinion there is an essential part of Twilight that girls go nuts for that has got a lot to do with the whole vampire, undying-love (literally!) stuff. Which is that the main character, Bella, considers herself clumsy and awkward and not particularly beautiful, which I think speaks to at least 90 percent of how girls felt in high school. And then the coolest, hottest, most unattainable boy in school picks her out as the object of his affection. This is heady heady crack-for-girls stuff already. So then they cast Robert Pattinson in the role.
Oh look, I wrote about this in the Observer when the first one came out!
Josh: I remember that place! That piece, too.
Sara: Anyway, Robert Pattinson had the tough job of filling the shoes of a character that is described at length as being preternaturally good-looking, and he succeeded because, among other things, he happens to be preternaturally good looking. He just is.